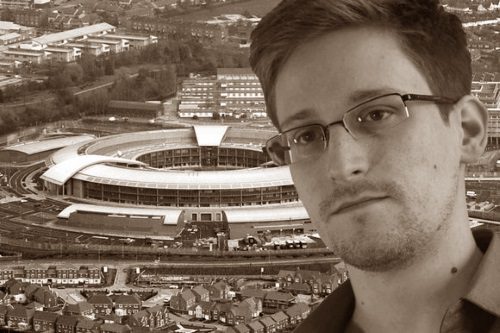 In addition, a UK intelligence document showed that a GCHQ information security assessment listed “investigative journalists” as a threat in a hierarchy alongside terrorists or hackers. “One restricted document” warned that “journalists and reporters representing all types of news media represent a potential threat to security.”

“Of specific concern are ‘investigative journalists’ who specialise in defence-related exposés either for profit or what they deem to be of the public interest,” the document stated.

The bulk emails sometimes included “simple mass-PR emails” and “correspondence between reporters and editors discussing stories.” There was no evidence that individual journalists were targeted.

Yes. I knew the UK government considers investigative journalists as a potential risk because of a letter I had received from them.

It was after I had filed my fifth Freedom of Information Act request (FOIA) in the UK, relating to the 2012 Benghazi terrorist attacks, when I found out. It was breathtaking.

This is what the UK’s Foreign Commonwealth Office (FCO), Libya Group, Middle East and North Africa Directorate, wrote me:

“Additional resources would be required to deal with what is your fifth substantive [FOIA] request within three months, requiring the diversion of resources away from foreign policy work on such areas as security, counter-terrorism and developing the bilateral relationship with Libya. We have considered the possibility of redeploying staff from different parts of the FCO, but resources are currently unavailable. We are bound to conclude that the request cannot be progressed (emphasis mine).”

FCO Letter. My investigation is ongoing. The redactions are mine.

That’s right. It was my fifth FOIA request in three months, not six, seven, ten, but my fifth. I never imagined that filing FOIAs could have such profound consequences on the UK’s foreign policy work or take away critical resources from counter-terrorism efforts but, alas, that appears to be the case.

To be fair, the first four FOIAs were substitutive, but my last one had a narrow purview and small window.

The FOIAs essentially concerned the MANPADs program—Man Portable Air Defense Systems, also known as shoulder-fired-anti-aircraft missiles, and other elements of the weapon recovery, destruction and disposal programs in Libya.

This is important to know considering arms intended for Libya’s rebels fell into Jihadist hands.

Recall how the public was told before the US, Britain, France and other NATO forces took action that intervention in Libya was necessary for humanitarian purposes to protect citizens opposing Colonel Muammar Gaddafi despite the warnings revealed in WiliLeaks cables and elsewhere that al-Qaeda and the Muslim Brotherhood supported the revolution against Gaddafi.

Today, as Con Coughlin at the UK’s Telegraph recently reported in The dire consequences of meddling in Libya, the well-armed Islamist militias “run riot.”

“For while the Libyan economy is in freefall, the far greater concern remains the endemic state of lawlessness that has made the country a virtual no-go zone for Westerners, and indeed many Libyans. By conservative estimates there are around 100 different Libyan militias operating in the country – though the actual figure could be three times that number – with more than 125,000 Libyans bearing arms. Assassinations and kidnappings have become so routine throughout the country that in 2013 the Libyan charged with investigating the assassinations was himself assassinated.”

Below are 2 pages I obtained via UK FOIA out of at least 16,000 pages on the MANPADs program in Libya. It provides a snap shot of how the weapons recovery program operated, while showing—perhaps what could be described as misplaced optimism regarding the militias.

“The process of locating MANPADS has been very much dependant on developing good relationships with military councils. [REDACTED] To address the changing context of the work, the next phase of the project will focus on working with the Transitional Government and militias to facilitate the return of MANPADS. Further progress will need to be part of a wider UN led Disarmament, Demobilisation and Reintegration process that looks at incentivising militias to hand in weapons. Despite this, the MCPT remains engaged in more general counter-proliferation tasks by working with (and mentoring) Libyan militia to help clear and destroy UXO that is littered in vast quantities in the environs of Misrata (emphasis mine).”

By filing FOIAs is how I initially learned that the UK had over 16,000 documents, spanning three major government departments, concerning the MANPADs weapons program in Libya as I reported here.

As I also reported, the HPSCI Benghazi report confirmed that arms were being trafficked from Libya to Syria.

“From the Annex in Benghazi, the CIA was collecting intelligence about foreign entities that were themselves collecting weapons in Libya and facilitating their passage to Syria.”

Which nations and agencies “watched” while groups like ISIS and other assorted jihadists received or took arms?

Indeed the public needs to know. Countless lives are at stake today. Complicity to criminal activity is still a crime.

UK FOIA Job Posting for the MANPADs recovery program
Another snapshot. This job prospect from the UK’s Stablisation Unit (SU), I obtained via UK FOIA, is a posting for a MANPADs counter-proliferation and security position in Tripoli and other parts of Libya.

FOIA is an invaluable tool for investigative journalists attempting to keep governments honest and transparent. Agency records obtained under FOIA are enforceable in court.

A FOIA filed with the FBI provided evidence in former CBS News correspondent Sharyl Attkisson’s series of legal filings against the Justice Department seeking $35 million in damages over the hacking of her computers. Attkisson was reporting on scandals in the Obama administration including Benghazi.

Likewise, filing FOIAs can land you on the UK’s potential threat list next to terrorists and hackers. Similar FOIAs at the State Department and elsewhere are pending.

In the wake of Snowden’s GCHQ’s revelations, “More than 100 editors, including those from all the national newspapers, have signed a letter to the UK prime minister, David Cameron, protesting at snooping on journalists’ communications.”

Ironically, the next public Benghazi Select Committee hearing, chaired by Rep. Trey Gowdy (R-SC), is tomorrow. The subject matter is the “status review of outstanding requests.”

Be careful for what you ask for. The UK government might think you are a terrorist and a potential threat to their security and foreign policy work.

To follow efforts to stop illegal government surveillance programs and to bring them back within the law and the Constitution check out Electronic Frontier’s work, and Liberty’s efforts in the UK to end the Snoopers’ Charter.